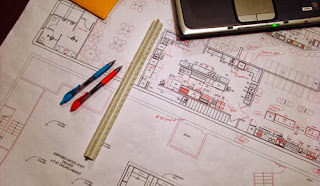 National Restaurant Design
Restaurateurs rely today on restaurant/food-service designers and consultants, architects and interior designers to help draw customers to their restaurant. Restaurant space planning is one of the important factors in creating a thriving restaurant. The food-service designer/consultant helps the restaurateur capture their vision in the proper planning of the space.

Proper, expert food-service space planning, will help the success of a new restaurant.

Development of a strong idea, or concept is a major part of creating that successful restaurant. First, conceived by the restaurateur, then developed further with the food-service design team. The concept must encompass every facet of the operation with the objective of creating as much of an efficient space as possible along with a clear, consistent idea to the public.

As the concept evolves, the team makes decisions, regarding the menu, the service, the prices and mood of the establishment. The role of the food-service designer is to begin the process with a concept layout, then bring in a team with architect and interior designers if necessary, and an equipment company for a comprehensive development of the restaurant concept.  The food-service designer often manages all aspects of the process to progress on schedule.

The restaurant space plan needs to balance diner comfort and experience with operational efficiency, whether it's a newly constructed freestanding building or an existing tenant space. This is the role and focus of the restaurant/food-service designer. The architect knows structure and city code. The interior designer knows branding, and how to give the environment personality, but their expertise usually is not menu development, or food-service operations and efficiency. The food-service restaurant/designer will enlist the architect and interior designer, or the architect (in new construction) would enlist the food-service designer for the space planning of the business.

How does the food-service designer determine equipment needs, kitchen space or dining room, storage and service area space? The restaurateur's concept, income requirements, budget and size of the space will all determine this. In addition, the designer will carefully plan the traffic patterns for kitchen and wait staff, as well as for the diner.

How does the food-service designer determine the flow and space requirements for electrical and mechanical equipment? These design decisions are crucial and will highly affect the start-up costs if not taken into consideration. The food-service designer addresses and includes these in plumbing and electrical drawings. They understand the space required for water heaters, transformers, electrical panels and HVAC units, and meticulously place these items in areas that will not interfere with functional efficiency.

Opening a new restaurant can be difficult yet exciting. The way in which the space is designed can help or hinder the success of the restaurateur. The challenge is to open on time with a complete, well-designed and constructed project that meets the owner's vision and budget goals. This will give the restaurateur a step up as they establish their restaurant within their budget in a very competitive market.

Frank, Food-service Consultant / Designer, Author of  How to Open a Restaurant: Due Diligence

Posted by Frank Stocco at Thursday, April 19, 2012 No comments: Links to this post

I came across this survey showing expectations for growth in the restaurant business... check it out.
Posted on the NRA website February 1st.

...Despite sluggish recovery by the nation’s economy, the restaurant industry is projected to expand in 2012, according to the National Restaurant Association’s 2012 Restaurant Industry Forecast released today.

“As our nation slowly recovers from the economic downturn, restaurants continue to be a vital part of American lifestyles and our nation’s economy,” said Dawn Sweeney, president and CEO of the National Restaurant Association.


“We expect the nation’s nearly one million restaurants to post sales of $632 billion this year. Combine that with the fact that restaurant job growth is expected to outpace the overall economy for the 13th straight year, and it’s clear that the restaurant industry is once again proving to be a significant economic stimulant and strong engine for job creation,” she added.

In 2012, the National Restaurant Association expects the restaurant industry to add jobs at a 2.3 percent rate, a full percentage point above the projected 1.3 percent gain in total U.S. employment. The industry is expected to gain back all of the jobs lost during the recession by early 2012, while the overall economy isn’t expected to be back at pre-recession employment levels until 2014.
While the industry is expected to grow in 2012, the top challenges cited by restaurateurs are food costs, building and maintaining sales volume, and the economy.

“Because about one-third of sales in a restaurant go to food and beverage purchases, food prices are a crucial component for operators,” said Hudson Riehle, senior vice president of the National Restaurant Association’s Research and Knowledge group.

“Last year, we saw wholesale food prices post their strongest annual increase in more than three decades. In 2012, we will see continued increases in the cost of some commodities, while price pressures will ease for others," Riehle said.

However, opportunities are also present for operators to be successful by understanding and leveraging consumer trends to attract new guests and make current ones come back. The good news is, there is substantial pent-up demand for restaurant services, with 2 out of 5 consumers saying they are not using restaurants as often as they would like. With the right incentives, that demand can translate into sales.

the Association's news release.
Posted by Frank Stocco at Monday, April 16, 2012 No comments: Links to this post

About this Restaurant Designer

Frank Stocco
My passion is our wonderful food service industry. I was born and raised in Chicago, one of the best restaurant cities in the world. Every job I have had in my life has been in the foodservice and related industries. I was educated at the finest culinary school in the United States, The Culinary Institute of America (1975) in Hyde Park, New York. That education enabled me to seek out my dreams. I have been an executive chef of several fine restaurants and clubs, owned many restaurants and now, my ultimate passion is design, consulting and writing. I presently am the owner and lead designer at National Restaurant Design (http://nationalrd.com). We specialize in foodservice design and concept creation. What I love most is to help clients develop concepts responsibly so that they may realize their vision. I love helping people like myself who have the restaurant bug, open their restaurant on budget in the most efficient space possible. Now an author of How to Open a Restaurant, Due Diligence, I want to help those who seek out foodservice ownership to do their due diligence as early as possible in the process. It is the major difference between success and failure.

Subscribe to Restaurant Consulting, Design and Layout by Email

What Kind of Restaurant Would you Like to Own?